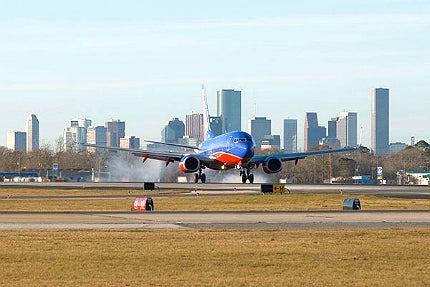 With the up-to-date and ICAO-compliant system now fully operational, PNGAS’s main site located in Papua New Guinea’s capital city Port Moresby will be an aeronautical message hub to serve other airports in the country and Brisbane, in Australia.

The air navigation services provider will now have the ability to establish AMHS connections with neighbouring countries, such as Indonesia, Australia, New Zealand and Fiji, who already operate COMSOFT’s AMHS solution.

A £200m expansion plan for London City Airport (LCY) has taken a step forward after authorities submitted a planning application for the infrastructure upgrade to accomodate nearly 120,000 flight movements a year.

The expansion plan includes construction of a new terminal and a second runway at the country’s main airport, which was damaged by a massive fire in August 2013.

Around 7,000 new jobs are expected to be created at London Stansted Airport in a ten-year period after Ryanair announced a deal to increase its passenger traffic from the airport by nearly 50%.

Ryanair has signed a ten-year agreement with Manchester Airports Group (MAG), the new owner of Stansted airport, through which it will increase the number of passengers it serves from 13 million per year to more than 18 million by 2018, and then 21 million by 2023.

The new deal comes only six months after MAG completed its acquisition of the airport.

The counter suit follows a $600m compensation claim launched by Qatar Airways in December last year, which accused the airport interior contractor of failing to construct lounges at NDIA on schedule and causing a major delay by up to one year.

The one-base-year contract is aimed at enabling safe and efficient travel within US-controlled airspace over the Atlantic and Pacific oceans.

If all seven, one-year options are exercised, the total contract extension is estimated to be valued at more than $500m.

Lockheed Martin has been supporting the FAA’s Advanced Technologies and Oceanic Procedures (ATOP) programme with systems engineering and operational services for the last 12 years.

UNICOM and NICE to enhance security at Miami International Airport

UNICOM Government and NICE Systems have partnered to provide Miami International Airport (MIA) in the US with a runway incursion detection service that will secure the airport’s Airfield Operations Area (AOA).

Under the new partnership, UNICOM Government is installing the NICE Situator system to enhance safety and security, while enabling MIA to improve its real-time detection and response to runway incursions.

The system will enable the airport’s security staff to detect any unidentified objects on a taxiway or runway, allowing a quick response to reduce the risk of a security breach or accident.