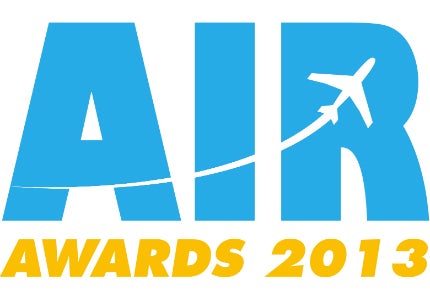 Launched this July at Heathrow, ‘Positive Boarding’ reads details from a barcode on the passengers boarding pass which is then compared against central flight information to provide tailored information for the individual.

The technology is capable of informing a passenger whether they are in the wrong terminal and how to proceed when running late, while in return airlines are notified when to remove baggage, helping them to stick to schedule.

Analysis
A New Voice for Dublin

Analysis
Parking the A380

The computer software is now live in Terminals 1 and 3 and has been designed so it is compatible with all airlines’ computer systems. The software was developed in conjunction with Accelero Digital Solutions with process and implementation by OandIconsulting.

Competition for the inaugural award was fierce, with several groundbreaking initiatives well deserving of the highest praise. The full list of nominees is as follows.

According to HRS, the ultimate goal of their research is to help airports become ‘passenger-centric’ rather than ‘aircraft-centric’. The Mflow system is already functional in 14 airports, including London City, Manchester Airport, Liverpool, BAA and obviously Gatwick.

Through the ubiquitous mediums of Twitter and Instagram the blog team at the US Transport and Security Administration have fashioned an entirely original, truly informative and entertaining way to create an ongoing dialogue on aviation security and the checkpoint screening process.

Weekly updates include ‘firearms discovered’ and ‘gag gifts gone wrong’, as well as fan favourite ‘the dangerous, scary, and downright unusual items our officers found in 2012’. By encouraging an informative two-way relationship between the TSA and passengers, the team has succeeded in providing critical safety information in a modern and meaningful way.

Described as a ‘next generation passenger services system (PSS)’ SITA’s Horizon is a agile passenger management and distribution solution that is able to respond to individual situations, so that airlines can fully exploit customer opportunities happening in real time.

Launched in June 2013 and designed to be compatible with a multitude of channels, including mobile platforms, Horizon facilitates the travel process from end-to-end covering inventory, reservations, check-in and providing genuine customer recognition from the moment of a sales query right through to service from crew during the flight.

ADP’s newly installed baggage drop off system works by scanning passenger boarding-passes, obtained from a self-service machine during check-in, then verifying the name and baggage weight before delivering the luggage to the airline.

During check-in, a machine-integrated sliding door ensures that banned items do not pass through.

The new system allows passengers to drop off baggage in as little as 17 seconds, with an average drop-off time of 30 seconds. After recording a 99.9% bag tag read rate during trials, ADP has installed units in both Paris Orly and Charles de Gaulle airports.

The 2013 AIR Passenger Services Award has been carefully selected by our editorial team, with help from our network of regular contributors and noted industry professionals.