Once thought of as a futuristic invention which many of us would never see in our day-to-day lives, the inclusion of robots in aviation – as well as many other sectors – is here and now. From assisting with passenger check-in, temperature testing, or security, robots have become a more common site in airports around the world over the last few years.

Launched on 25 October, Kansai Airport’s two security robots will autonomously navigate and patrol routes, use a laser sensor to identify their locations and capture images with  built-in cameras. Once the robots have finished their patrol they have been programmed to stop and stand guard at a designated position.

The robots are currently located at Terminal 2 of Kansai Airport, as well as at the airport’s railway station. 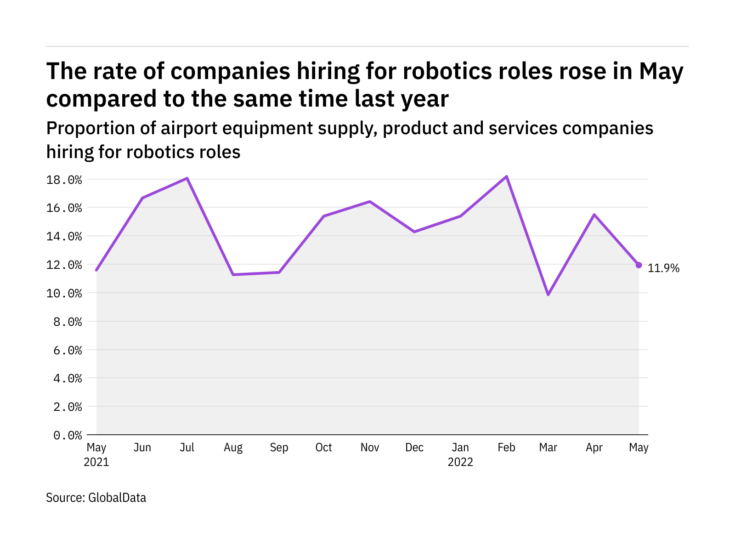 Robotics hiring levels in the airport industry rose in May 2022 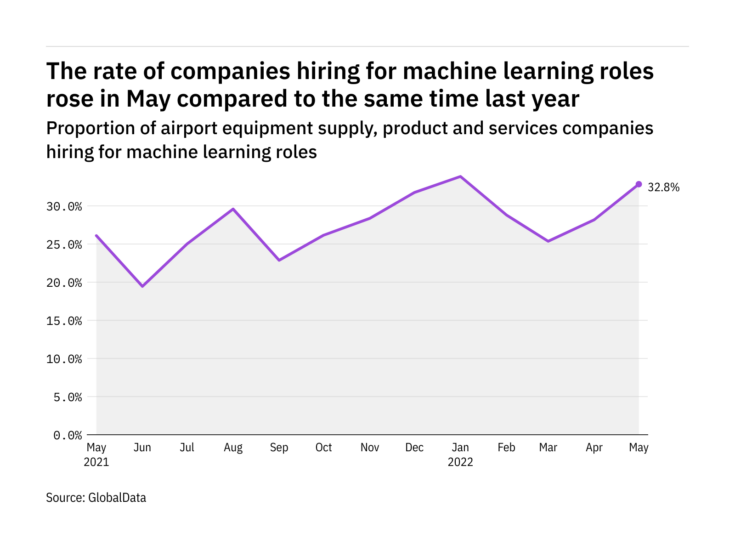 Developed by Japanese security company Secom, the robots stand 123cm tall by 84cm wide, and weighs= approximately 230kg. With a maximum speed of 4km/h and a continuous operating time of around 3 hours these robots aren’t designed to participate in high speed rule chases, however they have a number of built-in features that can raise the alarm should there be a security breach.

After the robot has patrolled its programmed location it stops at its designated position, continuing to carry out location monitoring.

This is not the first time that the airport will include robotic workers on site. In May this year the airport deployed PCR robotic testing systems to assist with Covid-19 protocol.

Developed by Kawasaki Heavy Industries, the robotic system has the ability to process up to 2,500 passenger samples in 16 hours. Alongside this, the robot is able to complete rapid testing within 80 minutes. Through automated operations the robot uses real time PCR testing methods to provide precise and constant mass testing for the airport.

Alongside this, Secom has also been carrying out robotic deployment at various other airports, such as Narita International Airport where a similar robot was deployed. Mr Shohei Nakagawa, public relations department, Secom explains: “Each of the robots is equipped with an arm, with a built-in infrared sensors, thermal image sensors, and a metal detection device, enabling it to inspect unattended objects and garbage cans placed along the route.”

“Furthermore, Secom is aiming to realize implementation of “cocobo”, a new security robot that uses AI and 5G to conduct operations, such as patrol and inspection, instead of security guards.”

With Kansai Airport processing over 31.9 million passengers in 2019, a 10.2% increase compared to 2018, the airport acts as the gateway to the Kansai region in Western Japan. The airport is one of the largest passenger hubs in the region provides one of the largest passenger networks for domestic and international routes with 24-hour operations. With this in mind it is crucial to the airport’s overall running that security is maintained at all times not only for passenger safety, but also for staff.

Although the airport has its own security team, the introduction of the robots provides the airport with an extra layer of security. The robots allow for increased precision, power, effectiveness for tasks, increased safety when operating in hazardous areas, and can continue to operate without rests while carrying out repetitive tasks that humans may grow tiresome of.

Takahashi expands: “Robots do what they can, and humans perform more advanced security. This enables efficient security at large airports. We also believe that introducing security robots at airports that require a wide range of security will lead to labour savings and improve the efficiency of security operations.”

Alongside labour saving, the robots also offer another benefit in  a key area for airports at the moment: Covid-19. The introduction of robots decreases the possible risk of infection around the airport, by reducing the amount of contact between passengers and security guards.

“By introducing robots, it is possible to reduce the risk of infection including Covid-19.”

“By introducing robots, it is possible to reduce the risk of infection including Covid-19.” Takahashi says.

Speaking on the benefits of using robots, Nakagawa says: “In Japan, personnel costs are rising as the working population is declining. In extremely large sites, such as airports, an immense amount of manpower has been required in order to provide security 24/7. However, using robotics not only improves service quality of security operation, but also leads to increased efficiency and labour-savings.”

“In order to cover all the dead spots at an airport, a large number of fixed surveillance cameras are required. On the other hand, robots can travel around the premises according to its predetermined route, including specific priority points, which can realize monitoring without fail. Thus, the robot can improve the quality of service as well as reduce the cost, compared with the case of installing multiple surveillance cameras.”

With the robotic deployment being a success at the airport so far, it is safe to say that more robots may be on their way to Kansai Airport soon to assist with various tasks and passenger assistance.