The study – which was carried out in 10 countries worldwide –found that 65% of adults would fly once eVTOL aircraft are approved by regulators in their own country, while 61% would use them in countries where they are already approved.

The major concern for respondents was safety, with three of out of four people saying that their main concern was aircraft safety whilst 69% said they needed reassurance about pilot training. 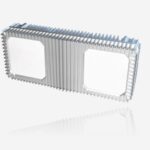 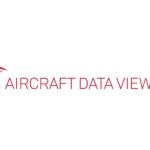 “There is strong support for the concept of air taxis and the eVTOL market in general worldwide, people are keen to use the aircraft, and very positive about the development of the sector,” said Horizon Aircraft CEO and co-founder Brandon Robinson. ““That is reflected in the growing investment in eVTOLs market with $900 million invested in the urban air mobility market in the first six months of 2020 and forecasts of much more investment in the coming years.

“The challenge for the industry is designing aircraft which are commercially viable and which, most importantly, meet the highest standards of safety to meet passenger expectations.”

The state of the market

According to Martin Warner , CEO and founder of air mobility company Autonomous Flights, the market in the last four years has grown dramatically, from a handful of companies to more than 150 worldwide.

“Morgan Stanley in 2018 called [eVTOLs] the next big market, as they suggested that eVTOL aviation could be valued at around $1.5tn by 2040,” he says. “This means that eVTOL [could become] a major segment, as big as aviation itself or as big as passenger jets.”

Starting from smaller aircraft, urban mobility companies are at the point where they are testing bigger planes.

“We all started with small aircraft because it was so complicated and we needed to go through all different tests, but now we’re at the point where we’re releasing a five and six-seat passenger aircraft,” Warner continues. “The status right now is that there are 155 companies in the world and we’re one of them.

“It won’t be a winner-takes-it-all market but there will be aircraft built in all different types of configuration.”

Despite Warner ’s predictions, some experts believe that within the next two years there will be a dramatic increase in the market’s consolidation, with a certain number of companies shutting down.

“The eVTOL market is attracting huge amounts of investment, but this will increasingly focus on those concepts and companies that have prototypes that are commercially viable,” said Robinson in a statement. “With new funds, these companies will progress dramatically leaving the others to struggle, and in many cases close down.”

Regulatory frameworks: what are the challenges?

One of the biggest challenges eVTOL companies is have is to produce aircraft that are commercially viable and will pass regulations set by aviation operators such as the US Federal Aviation Administration (FAA) or the UK Civil Aviation Authority (CAA ).

As reported by industry news website EVTOL at the end of October 2020, aviation certification bodies such the FAA or the EU Aviation Safety Agency (EASA ) are working towards regulatory frameworks for eVTOL, despite many challenges.

In November 2020 EASA published a document outlining proposed means of compliance for eVTOLs, aligning frameworks to the reliability standards used by commercial aviation, especially as regards levels of safety. The levels of safety that eVTOLs might have to adopt will have to be 10-9, which means that the probability of failure is one in a billion hours of flight.

Passenger safety is not the only challenge for eVTOL regulatory frameworks to be approved. Warner explains that aircraft safety is just as important. “We’ve got to prove the wear and tear of the components over a sustained period of time,” he says.

Another component regulators will look at is the impact of eVTOL on the environment, especially as regards flight paths and noise pollution.

Despite the challenges, experts believe that positive developments in the regulatory framework will take place within the next two years, especially in countries such as the US, Germany and China.

“Countries and regions are at different stages of their plans, but those who are most advanced will be in the best position to capitalise on a market that could be generating as much as $90 billion in revenue by 2050,” commented Robinson.

eVTOL professionals believe that urban mobility could become reality long before 2050, especially in places where the technology and regulation are at a more advanced stage such as the US, Canada and China. “Point-to-point service is probably at the earliest three years away and we’ll start to see more mainstream pilot service in about a five-year timeframe,” adds Warner .

According to Starburst Accelerator CEO Francois Chopard, eVTOLs will be operational within the next ten years.

“The main players are still targeting 2025 for the first commercial flights, Volocopter is allowed to fly in certain parts of Germany, Joby is supposed to be certified soon by the FAA,” he says. “Several cities are working on the right policy to make these vehicles fly, so we are still in the race to make the next ten years the eVTOL decade.”