More than three months after the first case was reported in the Chinese city of Wuhan, coronavirus panic continues to grip the world. So far, there have been more than 90,000 reported cases and 3,000 deaths from the current strain of the virus, dubbed Covid-19, the overwhelming majority of which have been contained within China, the global ground-zero for a viral outbreak that has quickly gone international.

At the time of writing, Chinese health authorities are reporting declining numbers of new infections in the areas surrounding the outbreak’s epicentre, just as other countries in Asia and elsewhere – including South Korea, Iran and Italy – track surging rates of new cases.

Airports stand on the front line of this biological battle, as part of the transportation bloodstream through which Covid-19 has rapidly spread this year. Airport screening methods – primarily through taking passengers’ temperatures for signs of fever – have proven unreliable as a means of limiting the virus’s spread, and many airlines have cancelled flights to and from affected regions. 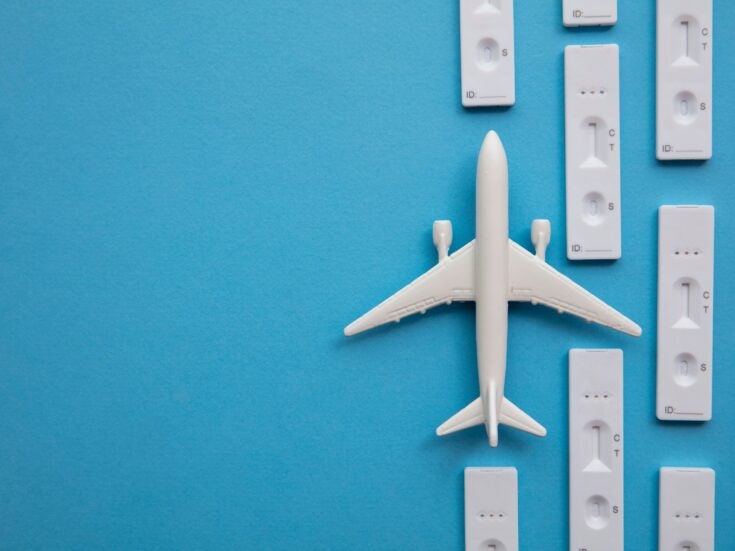 Testing times come to an end for UK airports

Even after just a few months, the global airport sector is already feeling the strain. Below are some of the major financial and operational challenges being faced by airports and airlines around the world as the Covid-19 crisis rages on.

An immediate hit for Asia-Pacific airports

The most immediate impact on the industry has been the financial hit that has come with significant declines in passenger demand since the outbreak. Clearly, this has been most keenly felt in the Asia-Pacific market. Data from the International Civil Aviation Organization (ICAO) revealed that as of 13 February, around 70 airlines had cancelled all international flights to and from mainland China, and a further 50 had limited their operations in the country, adding up to a total airline capacity reduction of 40%.

An initial assessment of Covid-19’s impact on Asia-Pacific airports by the International Air Transport Association (IATA), published on 20 February, predicted that instead of projected growth of 4.8% for the region’s airlines, 2020 is expected to bring a 13% loss in full-year passenger demand for Asia-Pacific carriers, which would translate to $12.8bn in losses in the Chinese domestic market alone.

“It is concerning that China, which contributed close to 60% of the 2019 [Asia-Pacific] traffic increase, will no longer be able to fuel growth in this first part of 2020,” said Airports Council International Asia-Pacific director general Stefano Baronci in February. “Airport revenue generation and growth are directly linked to traffic levels. We can therefore expect declines of significant proportions for airports in affected markets in the first quarter [of 2020].”

Outside Asia, financial concerns are mounting

The most immediate impacts are undoubtedly hitting Asian airports the hardest, but aviation experts are extending warnings to the industry globally, with Baronci noting the likelihood of a “ripple effect” that “will be felt across many airports beyond [Asia-Pacific]”.

While the evidence suggests that Covid-19 is far less deadly to individual patients than, for example, the outbreak of SARS in 2003, the ICAO has warned that the differences in international aviation between 2003 and today could make the impact on global airports significantly more serious.

“Covid-19 impacts are expected to be greater than those caused by the 2003 SARS epidemic, in light of the higher volume and greater global extent of the flight cancellations being seen,” ICAO said in a statement. “Seasonal passenger load factors are another extenuating factor, as is the fact that China’s international air traffic has doubled, and its domestic traffic increased five-fold since the 2003 period.”

Indeed, in recent days a new rash of flight cancellations outside of East Asia – from Iran and the UAE to northern Italy – has seen concerns mount at airports all over the world, with flights being cut due to a mix of government travel restrictions and low passenger demand amid the epidemic. With IATA projecting a global commercial aviation decline of 4.7% and $29.3bn in lost revenues for 2020, it’s unsurprising that major airport executives such as Heathrow CEO John Holland-Kaye are taking a ‘wait and see’ approach to Covid-19’s potential long-term impacts.

Tensions with staff and unions

Running beneath the obvious concerns over top-line financial performance, the spread of Covid-19 has been a stern test of many airports’ operational resilience, and cracks in the sector’s armour have emerged. The crisis has stoked tensions between aviation employers and their staff over personal protection measures. Airport and airline staff have justifiably complained and even threatened to strike over what they see as inadequate training and protection for the outbreak.

At Newark International Airport in the US, security staff and other workers reported having to bring their own respiratory face masks to work, and local unions have argued that in some key roles, proper training has not been provided.

“You have cabin cleaners who come into contact with blood, vomit, mucus, faeces, all types of bodily fluids, and they have no more training today than they did before the outbreak,” Service Employees International Union New Jersey state director Kevin Brown told USA Today.

UK union GMB has relayed concerns from members at Manchester Airport over a lack of protective gloves and hand sanitiser for staff, and these complaints have been echoed at East Midlands, Liverpool and Stansted airports. Members of Australia’s United Workers Union, meanwhile, have threatened to stop work until protective gear has been provided, with the union claiming that staff have been told by airport bosses that using masks and gloves may make passengers feel “uncomfortable”.

Should slot allocation rules be eased for ailing airlines?

The sudden decline in passenger demand is causing havoc for airlines, which are scrambling to adapt their operations and avoid wasted capacity. IATA has noted that many carriers are reporting 50% no-shows for flights across several markets, with one unnamed airline reporting that bookings to Italy are down 108% with bookings collapsing to virtually zero. In response, many airlines have introduced cost-saving measures such as crew being put on unpaid leave, pay increase freezes and plans to ground aircraft.

For the approximately 200 slot-coordinated airports worldwide, which carry around 43% of all passengers, IATA has called for the standard slot allocation rules to be waived in cases where Covid-19 has had particularly strong impacts on demand. Coordinating airport slots helps the world’s busiest air hubs make the most of their capacity, but rules dictate that airlines must operate at last 80% of their allocated slots or lose their right to those slots in the next season.

The rules have already been waived by regulators at many airports in China and Hong Kong, but with new cases surging in Europe, the Middle East and Asia more widely, IATA is advocating the suspension of this requirement for the entire current season up to October 2020. The group argues this will allow airlines to respond to market conditions by adjusting their capacity and avoid running unnecessary flights just to maintain their slot.

“IATA research has shown that traffic has collapsed on key Asian routes and that this is rippling throughout the air transport network globally, even between countries without major outbreaks of Covid-19,” said IATA director general and CEO Alexandre de Juniac in early March. “There are precedents for previous suspension of the slot use rules and we believe the circumstances again call for a suspension to be granted.”

As airlines continue to suffer from depressed demand, so too are the retailers and other airport businesses that rely on steady footfall to turn a profit. Airport authorities, particularly in Asia, are increasingly turning to relief packages to help businesses weather the storm. At Hong Kong International Airport, where relief for retailers was launched last year amid massive anti-government protests, an expanded HK$1.6bn ($205.4m) package of rental concessions, waivers and fee reductions has been offered to help offset the Covid-19 effect.

“It is hoped that the two rounds of relief measures would be of help to the industry during this difficult period,” the Airport Authority Hong Kong said in a statement.

Similar support has been offered to other Asian airports, including those in Thailand and South Korea. As part of the Singapore Budget 2020 Stabilisation and Support Package, Changi Airport Group (CAG) is extending measures such as a 15% property tax rebate and a 50% rebate on rental costs for six months.

“With our unique rental structure, our concessionaires will benefit from an ‘automatic’ reduction in their rent in tandem with the reduction in passenger traffic,” said CAG executive vice president of commercial Lim Peck Hoon.