Despite unverified claims of electoral fraud from the Trump administration as well as from supporters, Biden – alongside VP Kamala Harris – is already preparing for the transition period, setting up a Covid-19 response taskforce for January 2021.

During his campaign, Biden pledged to rebuild the struggling aviation sector while reducing greenhouse gas emissions. 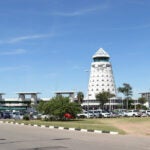 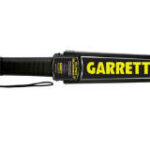 As the inauguration date is less than three months away, what does the aviation industry think of the new president? How will the Biden administration differ from Trump’s regarding not only the US but global aviation?

The Aviation Council International (ACI) was one of the first aviation organisations to congratulate Biden on his victory, stating it looked forward to working alongside his administration.

“On behalf of airports around the country, we congratulate President-elect Joe Biden and all of the incoming members of Congress,” said ACI North America president and CEO Kevin M. Burke.

“We remain grateful the President-elect supports increasing the Passenger Facility Charge so that airports across the country can make the long-term investments they need to modernize our entire aviation infrastructure,” he added.

During a candidate forum in February, Biden had indeed expressed his support to increase the federal limit for the Passenger Facility Charge, a user fee that airports use to repair facilities as well as increase passenger experience. In the last 20 years, the fee’s price has remained capped at $4.50, becoming increasingly insufficient to improve infrastructure.

The organisation also stressed the need for the new administration to help aviation get back on its feet post Covid-19.

“The entire travel industry is still suffering from the abrupt, sustained drop in tourism and business travel, and airports need help to get through this prolonged downturn.”

“We applaud President-elect Biden’s objective of helping the industries most heavily impacted by the pandemic, said US Travel Association President and CEO Roger Dow.

“The travel industry accounts for more than a third of overall US unemployment, and policies to promote relief, recovery, and stimulus for travel businesses are integral to a US economic turnaround.

The association echoed other stakeholders and reiterated for the need to revive industries such as travel that were hit the hardest by the Covid-19 pandemic.

“The right combination of technologies and behaviours already exists to allow the restart of travel without compromising health and safety and making rapid and reliable testing more widely available will be a key element of an even broader economic reopening,” Dow continued.

“We stand ready to work closely with the Biden administration and both chambers of Congress to achieve policy goals that revive our economy and bring our country together—a hallmark of the travel industry,” he concluded.

‘With Biden, there will be more open skies policies’ – Dr Frankie O’Connell, University of Surrey’s school of hospitality and tourism management

According to the University of Surrey’s school of hospitality and tourism management Dr Frankie O’Connell, the Biden administration will benefit aviation, boosting international tourism into the country.

“This new government will promote trade and tourism into the United States which will significantly boost air traffic across the North Atlantic,” he explained. “There will be more open skies policies initiated which will further drive global airline traffic.”

As reported by the US Department of State, “Open Skies agreements have vastly expanded international passenger and cargo flights to and from the United States, promoting increased travel and trade, enhancing productivity, and spurring high-quality job opportunities and economic growth.”

“Trump’s administration hasn’t done a great job in encouraging international travel with its anti-immigration policy and controversial decisions such as the Muslim ban in 2017 and more recently a very restrictive Covid-19 travel ban,” he says.  “Under Biden I think we can expect less restrictions, more consistent policies and in general a more open and welcoming US, and that will help aviation.”

According to Ragni, Biden’s pledge to put the environment at the centre of politics will not impact the industry negatively.

“Biden has promised to put environment and climate change back in the political agenda. But I don’t think this will have a negative effect on aviation,” he adds.

“The industry overall has a great understanding of the environmental issues to address. Industry bodies, as well as individual airlines and airports, have already set ambitious goals to become greener and started concrete actions. Airlines have invested massively in cleaner fleet and in adopting flying practices to reduce emissions. A greater pressure from the US will not find them unprepared.”

“Finally, in terms of funding and support to US aviation and travel industry during the pandemic, I believe there won’t be significant differences. Biden might choose different ways to do that but will continue to support the industry as Trump has done,” Ragni concludes.

“In his programme he has express the intention to build extensive rail infrastructure but that sounds like a long-term plan. In the short-medium term that there is no doubt that aviation remains the only way to keep the US well connected.

“Stopping the spread of Covid-19 and getting help to struggling workers and businesses must be the new administration’s first priority,” said EDF president Fred Krupp.

The environmental NGO applauded Biden’s commitment to the environment while reiterating the need to build a better and cleaner infrastructure system.

“But as we turn to the work of rebuilding better — not simply restoring what we had before — it is time to get to work building clean cars, trucks and buses and clean energy, for an America with less pollution, more jobs and equity for our hardest-hit communities,” he added.