With congestion increasing at airports, keeping operations efficient is becoming more and more complicated. With human error causing most airside accidents, the use of autonomous vehicles (AVs) could be a transformative solution.

The future of mobility: introducing AVs to airports

According to the association, airfield operations are distinct to the industry and thus the industry’s own focus is necessary to make it happen. However, because the operations are so intertwined and complex, the success of using AVs at airports could make them effective testbeds for wider use. 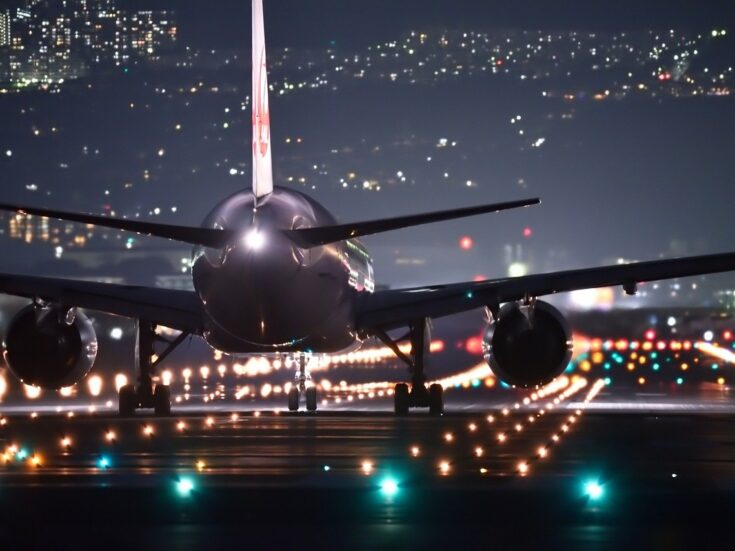 “Our airports’ mobility needs are quite considerable – between the various terminals, between car parks and departure areas, or even airside – and could lead us to develop an autonomous vehicle fleet in the future,” says Edward Arkwright, deputy CEO of Groupe ADP, an international airport operator based in Paris, France. “Within the framework of our Innovation Hub programme, the future of mobility is being built in the heart of the airport city.”

The first driverless shuttles to run at a French airport

The trial is based in Roissypôle, the airport’s business district, where the Navya shuttles connect the RER train station to the Environmental and Sustainable Development Resource Centre and Groupe ADP’s headquarters. Each shuttle can transport up to 15 passengers (11 seated and 4 standing) and is in operation daily from 7.30am to 8pm.

After raising €30m in October 2016, French start-up Navya has become a prominent name in the autonomous vehicles market. For these trials, the company has joined forces with French tram and automated metro operator Keolis.

“The success of using AVs at airports could make them effective testbeds for wider use.”

Navya CEO Christophe Sapet believes that the airport of the future is based on smart and specially-adapted mobility solutions that can communicate with infrastructure, like the set up at Roissypôle. “Airports are areas where the traffic is extremely concentrated and so it is really important to manage and optimise the flow,” says Sapet, who works with a team of 210 people in Paris, Lyon and Michigan, US. “The aim of this trial is, from now on, to provide a service that takes into account future deployments.”

Arkwright confirms that “expanding the itinerary through the public roads around Roissypôle” is a possibility for the future.

According to Gatwick Airport, its 300 airside vehicles are often stationary and unused by staff up to 90% of the time. In a bit to reduce the fleet, operations costs and emissions, the airport is launching a trial this summer that will see Oxbotica’s driverless pods providing shuttle services for workers on airside roads between the airport’s North and South terminals. It is thought to be the first trial of its kind in the world.

“If this trial proves successful then in the future we could have an Uber-like service operating across the airfield which staff can hail as and when they need to travel,” says Cathal Corcoran, chief information officer at Gatwick Airport.

Oxford-based Oxbotica was founded by Paul Newman, a professor of information engineering at the University of Oxford who runs the Oxford Mobile Robotics Group. The company creates the software, Selenium, and the control system for its autonomous vehicles. The algorithms it uses to perform mobility tasks, from motion control to braking, navigating and obstacle detection are patented and can be used with cars, pods and warehouse truck fleets.

“Airports offer an incredibly interesting domain for our autonomous driving software – there is a huge diversity of vehicles, each with a very specific mission,” says Dr Graeme Smith, CEO of Oxbotica. “The challenge of choreographing all of the activity around an individual plane, or in support of airport operations is immense and we look forward to working closely with Gatwick on this initial pilot that will demonstrate our self-driving technology carrying staff around the airfield.”

Gatwick’s team says that if the trial proves a technology fit for an airport, then additional uses could be explored, such as push back tugs, passenger load bridges and baggage vehicles.

Specifically seeking to improve snow-clearing operations at airports, Yeti Snow Technology has come up with an ‘Applied Autonomy’ solution as part of a 50/50 venture between snow-clearing equipment supplier Øveraasen and technology company Semcon. Yeti manufactures the control system needed for self-driving vehicles to perform snow-clearing missions.

“A mission is defined as a complete snow removal operation from the point where the vehicles leave the storage location until they return after completing the operation,” says John Emil Halden, project manager for the Yeti snow removal project. “One mission can consist of several vehicles of different types; a normal setup at an airport with heavy air traffic can be eight sweepers, one or two snow blowers, a wheel loader and a command car.”

A recent demonstration at Fagernes Airport in Norway, which was presented to many of Europe’s largest airports, showed how the sweepers could efficiently clear snow from the runway. The snowploughs are 20m-long, 5.5m-wide and can clear an area of 357,500 square metres an hour.

“Some of the large airports in Europe have personnel on stand-by in case of snow fall.”

Although Mercedes trucks were rebuilt by Yeti for the demo, original equipment manufacturers are expected to create trucks that offer autonomous capabilities in the future. For this reason, the company will focus on developing the system, not on retrofitting vehicles.

Halden says that the ‘Planning and Training’ module was of particular interest. “Airports see this as a natural starting point that also may improve current situations before full autonomous vehicles are commercially available.”

The company is offering a four-step solution for autonomous snow removal at airports. The first is ‘Planning and Training’, where operators can create and optimise snow-clearing projects. The second is ‘Monitoring and Logging’, where ongoing missions can be monitored and logged via GPS tracking and real-time communication. The third is ‘Driver Assist’, which Halden says provides drivers with path-following instructions at all times. The final is ‘Autonomous Driving’, where snow-clearing plans are sent for driverless snow-clearing missions.

“Some of the large airports in Europe have personnel on stand-by in case of snow fall, as a closed airport is very expensive,” says Halden. “The personnel need training, which the Yeti system may provide through the Simulation module, and the Planning module makes the snow clearing more efficient.”

Beta versions of the ‘Planning and Training’ module are planned for release later this year.