Supply chain issues, partly caused by the long shutdowns by industry during the Covid-19 pandemic and the crucial loss of key workforces, continues to have a significant effect on industry and operators alike in the defence aerospace sector.

In addition, a chronic shortage of employees being exacerbated by a transition from a hardware-centric industry to a software one presents additional recruitment challenges, according to a report by US-based McKinsey & Company. The aerospace industry has around 50,000 unfilled positions globally, with technology position outflows twice as large as inflows.

In some cases, defence primes and OEMs were backfilling vacant position in their own external supply chains in a bid to maintain manufacturing and delivery schedules.

Lockheed Martin officials told gathered delegates during the Aerospace Global Forum at Farnborough International Air Show on 19 July that its own personnel were filling in some of the gaps in its wider supply chain. 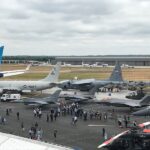 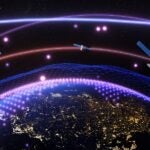 Officials at McKinsey & Company told Airforce Technology that “everyone” in the aerospace and defence sector had supply chain challenges, but that it was not known how long such back-filling practices being undertaken by primes could be sustained.

Meanwhile, one industry insider said that a Middle East military, having recently received new fighter jets, was resorting to cannibalising the fleet in order to sustain their combat capability due to persistent issues in the supply chain.

Elements of the global military supply chain were struggling to meet demand as production ramps up following the lifting of workplace restrictions during the Covid-19 pandemic, with an industry insider stating that a challenge for sustainment was “having the skilled labour to do the jobs”.

Regarding the shortage of personnel in the aerospace and defence industry, the McKinsey & Company report pointed to resignations being 6% above average as the workforce’s aspirations and motivations turn to “purpose, flexibility, collaboration and inclusion”.

Analysis from GlobalData’s Job Analytics Database on aerospace, defence and security industry postings in business areas such as 3D printing (+24%), environment (+23%), and virtual and augmented reality (+22%) had been most common over the last three months. Hiring from the last 12 months show Raytheon Technologies, Boeing, and Lockheed Martin as the most active, closely followed by European company Thales.

Further analysis published on 18 July found that the proportion of air force equipment and technologies companies hiring for data analytics related positions rose significantly in June 2022 compared with the equivalent month last year, with 83.3% of the companies included recruiting for at least one such position.

This latest figure was higher than the 73% of companies who were hiring for data analytics related jobs for the same period 12-months prior, but represented a decrease compared to the figure of 86.1% in May 2022.